Girl Trouble is band who has the tightest control over their image and merchandise.  All their promo photos, album designs, T-shirts, and graphics were generated ‘in house’.  Bon has kept virtually everything since 1984 when the band got together.  For the purposes of this documentary, the entire catalogue was unearthed and moved to a ‘sterilized location’ to begin the archiving process.  Many of these photos, original paste-ups, art and graphics will be featured in the film, but most of it will get its true value when it appears in the book, which will be released paralell to the documentary.  Girl Trouble’s attention to preservation and detail is  easing the work of the ‘documentarian’ considerably! 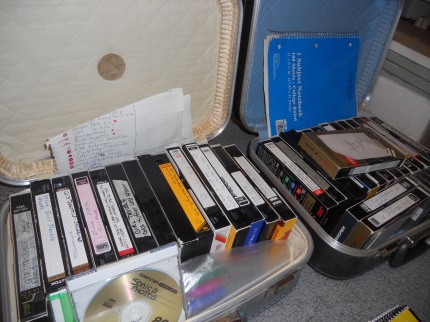 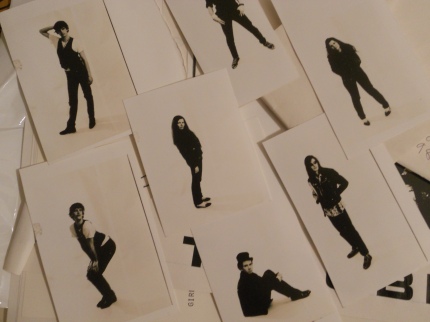 Girl Trouble is a legendary northwest band creeping up on 30 years old.  They happen to be my family members.  This is a comprehensive documentary all about them.  My motivation for making their story into a film is of two classifications.  Firstly, I have known them for 26 of their 30 years and like any good nephew, would like to see their story reach as many fans and potential fans as possible.  Secondly, I see this as a commercially viable project, with a large existing niche and audience.  I feel qualified to put this movie together, and distribute it on a large scale.

We are currently raising funds for this project on good ol’ kickstarter.  The production money will cover the purchase of equipment to archive a massive catalog of various media, tapes, film, audio, and photography.   Check back here at the blog for continuing coverage of pre-production!

Schnelluloid assembled Girl Trouble and associates to bring Bill Hendersons epic ‘Haystack 69’ to the screen for this years 72 hour film contest.  Haystack starrs Pierce County in the role he was born to play- racetrack hotshot Lucky Johnson, a lonely poor boy who decides to build his car out of hay.

The Haystack 69 players were…

Special Thanks to Andrea Mason- The New Frontier-

Sam Olsen has been a frequent collaborator with Schnelluloid, mostly as a result of his blood relation to Isaac Olsen.

Haunted Records, soon to be a paralell hub-empire is getting into the vinyl racket, starting with the long awaited RED HEX single.  Black Hole, and the ever popular b-side, Weird Bruises

Sam and RED HEX have been in the Tacoma landscape for many years.  Seattle Weekly had this to say……

Jay Clancy describes their sound as “psych-punk-garage-grunge” and calls them “the badass punk rockers of Tacoma.” He says, “Watching Red Hex, you’re always waiting for someone to storm off the stage. They have an attitude that’s edgy.” 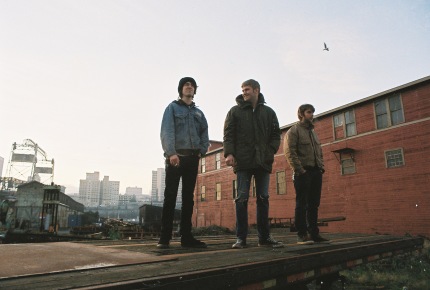 You can grab the single here at http://www.schnelluloid.com/for_sale/for-sale.html

Remember, its a RECORD, those black circle things

Bill Henderson assumed directorial management to produce this propoganda-laden ‘sequel’ to EXCRUCIATING EYEBALL (2007) the latter being an audience pleaser, despite its abrassive soundtrack and harsh German overtones.  Eyeballin’ received a luke-warm response and possibly ended the eyeball film legacy for the present time. 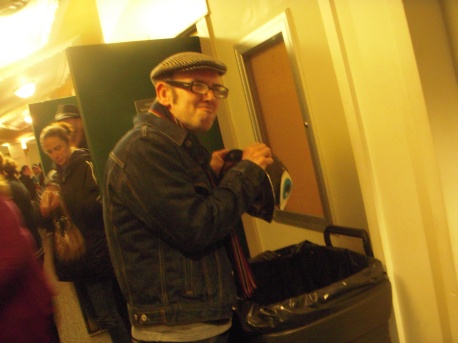 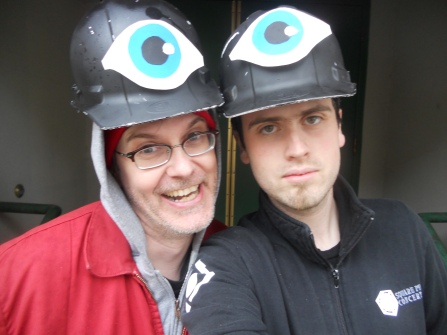 I roped my own grandfather into this one, a spoof of the much loved PBS special of the same name.  This was truly a group effort in the writing and filming process.  Will Henderson playing the role of Dick Proenneke constructs toothpicks from raw timber, prepares potato chips and ranch dip from natural herbs and spices, and encouters an assortment of stuffed animals who populate the surrounding wilderness.  The finale was filmed at Rollies Tavern, the actual haunt of Mr. Henderson.  Sam Olsen composed the score which perfectly captures the spirit of shows like this!  AUDIENCE CHOICE AWARD was bestowed upon us. 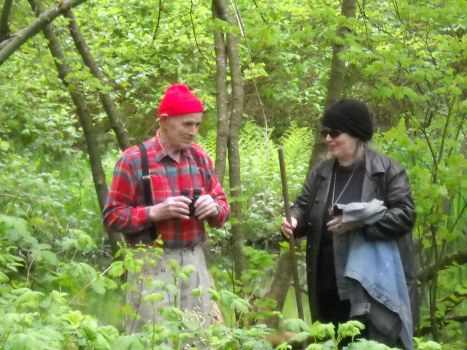 Kris and Ericka Kendall, both Quiet Shoes veterans, completed the opening segment, designed to spoof typical films showcased in the 72 hour festival.  This film was designed to break 4th 5th and 6th walls, and irritate people.  We still pick up an AUDIENCE CHOICE AWARD, some believe as a result of ‘ballot stuffing’ by our dozens of zombie extras.

Storyboard to shot comparison: (for me, this is a rare move) 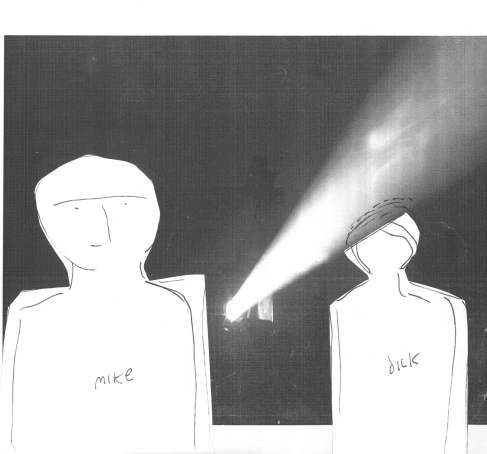 This little gem was written by Kurt Kendall in a plotline typical of his canon.  Bjorn Peterson, Aaron Salinas, Josh Crabtree, and Kris Kendall all turn in stellar performances.  We got TOP PRIZE for this little sucker.

We made two films in 2007!  Bill Henderson took a secondary crew to create the ever-popular eyeball film while we traveled to Roy to shoot Letchworth Road.  Schnelluloid’s sister company ‘Cat Scratch Features’ produced.

Our cheeseball 50’s crowd-pleaser.  All of our over-30 ‘teens’ really take it to the next level.  I don’t need to tell you we got AUDIENCE CHOICE for this one.

Teenagers, Letchworth Road, and Foolish games were later released on SCHNELLULOID: ADVENTURES IN FILM VOLUME 1 in 2010 and is available from www.schnelluloid.com

Schnelluloid was founded in early 2009 by Isaac Olsen and a small team of other ‘showfolk’ as an independent film and media division, operating in the ‘hub of grit’ Tacoma Washington.  The iconic logo was scrawled on the back of a high school chemistry test by Olsen as early as 2002.  The classification of this creature has been debated, but is commonly refered to as ‘the goat’. 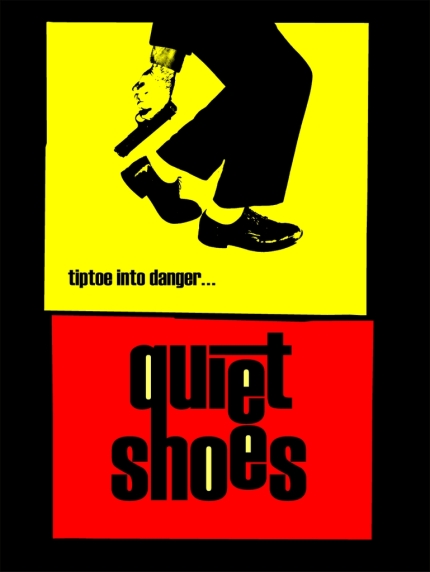 3 years into production, Isaac fled to the Midwestern United States to live among the ‘just plain folks’ of Flint Michigan and outlying townships.  Whilst there, the acid-trip german expressionist art film I Hunger was shot between fall of 2008 and summer 2009.

Upon Olsens return, Quiet Shoes picked up where it was abandoned and finally released at The Rialto Theater in summer 2010.

Watch this blog for all Schnelluloid news and events- amongst them, a summer 2012 release of I HUNGER!!